This is how solar panels capture energy from the sun

How can we utilize the pure, warm pleasure coming from the sky above? 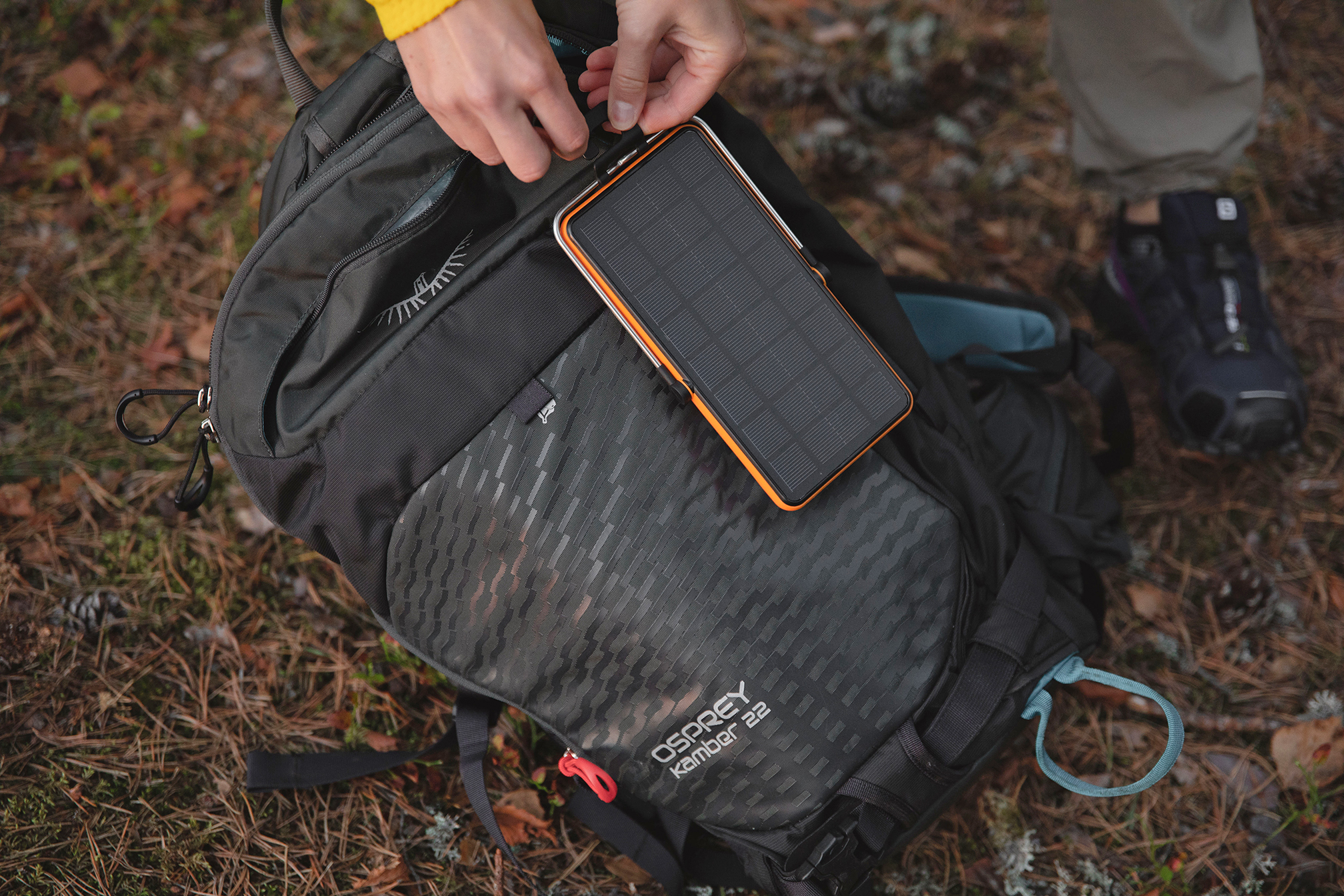 Solar power has a name, it’s called photon. A photon is a type of elementary particle which includes electromagnetic radiation such as light. The sun thus beams a never-ending stream of gifts wrapped in energy packages of light. We have to acknowledge that the potential of these gifts of photons is enormous.

Cause here’s a fact that nobody can contradict: The sun will survive us all. It will be around a lot longer than gas, oil or coal. According to current estimations, it won’t burn out for at least five billion years.
That’s why it would be stupid to ignore its presence. In fact, it will be baffling and unacceptable for our descendants if we don’t utilize the sun in our life time. These are unlimited gifts of energy wrapped in packages of light which we receive continuously all around the planet.

That’s why we publish a series of lectures trying to explain the importance of taking the sun seriously. It could be a key factor in solving the carbon dependency that we are now experiencing the consequences from, and struggling to get rid of. One of the basics is how to capture the light of the sun in a sensible, effective and productive way. This first lecture will hopefully provide you with some useful insight.

This is how the sun is captured and stored

It takes approximately eight minutes for a photon to travel the 93,000,000 miles (150 million kilometers) from the sun to our earth. (Source: Phys.org)

The photons are sent directly to earth without any conditions. Exposed to heat and light the semiconductors materials on the surface of the world are very grateful and conduct positive vibrations as a result of this exposure. Electrons are excited enough to conduct the electricity. This electricity is then captured in the storage rooms we usually know as batteries.

And the party under the bright sun can start!

This is not far from the truth, but the functionality of a solar panel deserves a little bit more serious scrutiny: If you look closely on the surface of a solar panel, you will notice the presence of smaller cells. These are called a solar cell or a photovoltaic (PV) cell. The PV cells convert sunlight energy into electricity.

The photovoltaic cells have two thin layers of silicone. Over 90 percent of the PVs produced today are silicone based. Silicone is a semiconducting material and captures the photons. It converts the sunlight’s photons into electrons.
The cells are electrical devices. They are able to convert the energy of light directly into electricity.

This conversion process produces no harmful waste or emissions to the environment, making it a clean, green and effective alternative for generations to come.

The look and feel of a solar panel are important

Also when it comes to solar panels looks matter. The size, the structure of the materials used, the design and the technology utilized; it will all influence the solar panel performance.

When the light from the sun hits a solar panel, the absorption of light raises an electron to a higher energy state. Then, the movement of this higher energy electron creates the electric field. This electric field is thus channeled through thin metallic strips called busbars and stored in batteries through special power conditioning devices.

There is no doubt that size matters, especially when it comes to portable solar panels. But the technology on the wafers matters more. A wafer is a thin slice of semiconductor material such as a crystalline-silicon. These materials are used in photovoltaics for conventional, wafer-based solar cells.

There are different kinds of wafers, these being among the most popular:

The efficiency of a solar panel

So how do you measure the efficiency of a solar panel? A useful benchmark is to calculate the percentage of the solar energy a panel converts into electricity. The average crystalline-based solar cell efficiency is thought to be between 12 percent and 22 percent. Some researchers have even been able to reach more than 40 percent efficiency, without considering the commercial potential and the high cost involved in producing this kind of output.

The factors to be measured are:

It’s pure logic; the bigger the panels, the more surface you have to capture as much of the sunlight as possible. And whenever possible, all kinds of panel surfaces should be cleaned with purified water and a soft brush. Removing the dust and the small particles make sense. Foreign objects on the surface are naturally a hindrance. Be also aware of mechanical damage such as broken glass, a broken/bent frame or cell material defects and cell cracks.

Rain, wind and chilly weather do not affect the output of a solar panel and can help to keep them clean and free of debris. It really sounds like a paradox, but too much heat can actually reduce the solar panel’s production of power.
For example, the panels are power tested at 25 ℃, and for every 10 ℃ rise, the crystalline-based panels maximum power will reduce by 0.5 percent.

But if you really should get the most out of your solar panel, then focus on the angle!
The way panels are able to harvest depends on where you place your panel. With a smaller portable solar gadget it will be easier. Still you have to be alert of the movement of the sun during the whole day, where to place your solar panel, the risk of the portable being stolen and the amount of hours needed to light up your evening or charging your smart phone.
90 degrees facing the sun during the day to get the maximum effect from the sun’s gifts – that’s certainly the best advice we can give you, today and tomorrow!

This is how your solar panel captures energy from the sun most effectively.