We often hear amazing stories from people who use our products, but it is not often that we hear a story like Wanda’s. In four years Wanda has stood at the summit of Kilimanjaro four times, and on each occasion she has had her regular travelling companion SunBell with her. 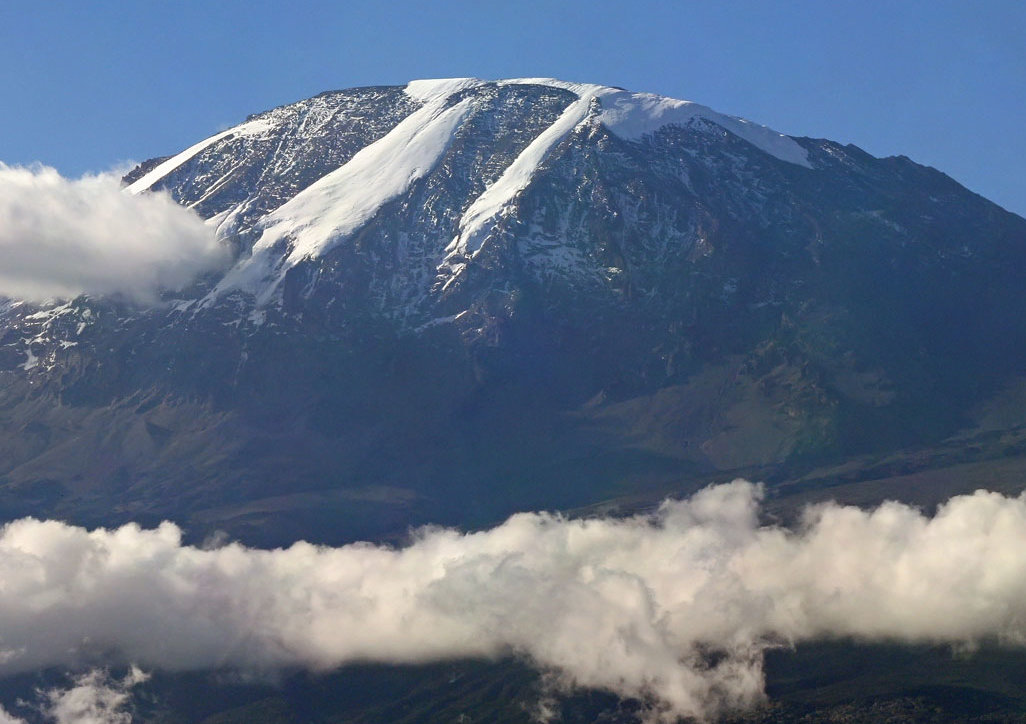 Wanda Medhus has climbed Mount Kilimanjaro no less than four times since 2014, and each time she has had her SunBell with her. Actually, it was a bit of luck that she took it with her on the first trip;

–I was given a SunBell as a Christmas present by my husband in 2014, with my trip scheduled for the end of January. I had seen it pictured somewhere online, and mentioned in passing that something like that would be useful to have on the mountain. Thank God my husband remembered and bought it!

En route to Kilimanjaro she charged the lamp by hanging it on her rucksack on the stretches between the camps, or by placing it in the sun when she arrived in the camps.

The sun is strong on Kilimanjaro, so there is no problem with recharging it when needed. Rechargeable solar lamps are very common in Tanzania.

Everywhere in Tanzania you see solar panels for charging, either outside of private homes or along the roads. These are of a completely different quality than the SunBell, the light they provide is not as good and the batteries have a shorter life before they need to be recharged.

There is no access to electricity on Kilimanjaro, so it is convenient that there is also the possibility of charging your mobile with the help of SunBell. Naked flames such as campfires and candles are also forbidden, so these lamps are the only source of light besides headlamps, but these require batteries and that can be expensive.

The lamp was also great on the next part of my African adventure, a Safari in Tarangire National Park. These type of lamps are quite common there as well due to the cost of electricity, and most people use rechargeable solar generators. The SunBell went with me to and from the sleeping tents and the dining tent. Everywhere in the lodge there are wild animals, so it is good to have it on you. Here too, there was no problem charging it.

Uses the SunBell in the storm season in Western Norway

I also use the lamp a lot at home, as we live in Western Norway and storms can unfortunately sometimes cause blackouts. The SunBell is always charged as it lives on the windowsill when not in use.

The fact that it keeps its charge for so long is a fantastic feature, it may need only one or two charges throughout the entire holiday. It does not weigh much and it’s so multifunctional.

On Kilimanjaro, when we are not sleeping we spend most of our free time in the dining tent. We play cards and have taught our team several card games. The SunBell is hung from the ceiling and provides sufficient light for 6-8 people to be able to sit around the table and play cards together. We have also tried using it as a speaker, but as there is a lot of chatting going on, a speaker is something we do not really need. Knowing that we can also use it to charge the mobile gives us a sense of security, and I have also had to do that here at home during Storm Nina, when the power was off for over a day. On Kilimanjaro there is very poor mobile coverage so there has not been much need to charge the phone.

Besides the trips to Kilimanjaro, I find having the lamp at home gives me a sense of security. As already mentioned above, we were without power for nearly two days when storm Nina hit Western Norway, so it was good to have the lamp as it really lights up the darkness well!

Otherwise, I am constantly involved in planning new trips to Kilimanjaro, but also Mt. Kenya and Mt. Meru. The dream is also to do some trekking in Nepal and Machu Picchu in Peru. Guess what I pack first!, Wanda finishes.