Team BRIGHT traveled to Kenya and the Kakuma Refugee Camp to interview users of our solar lamp SunBell over the last two years. 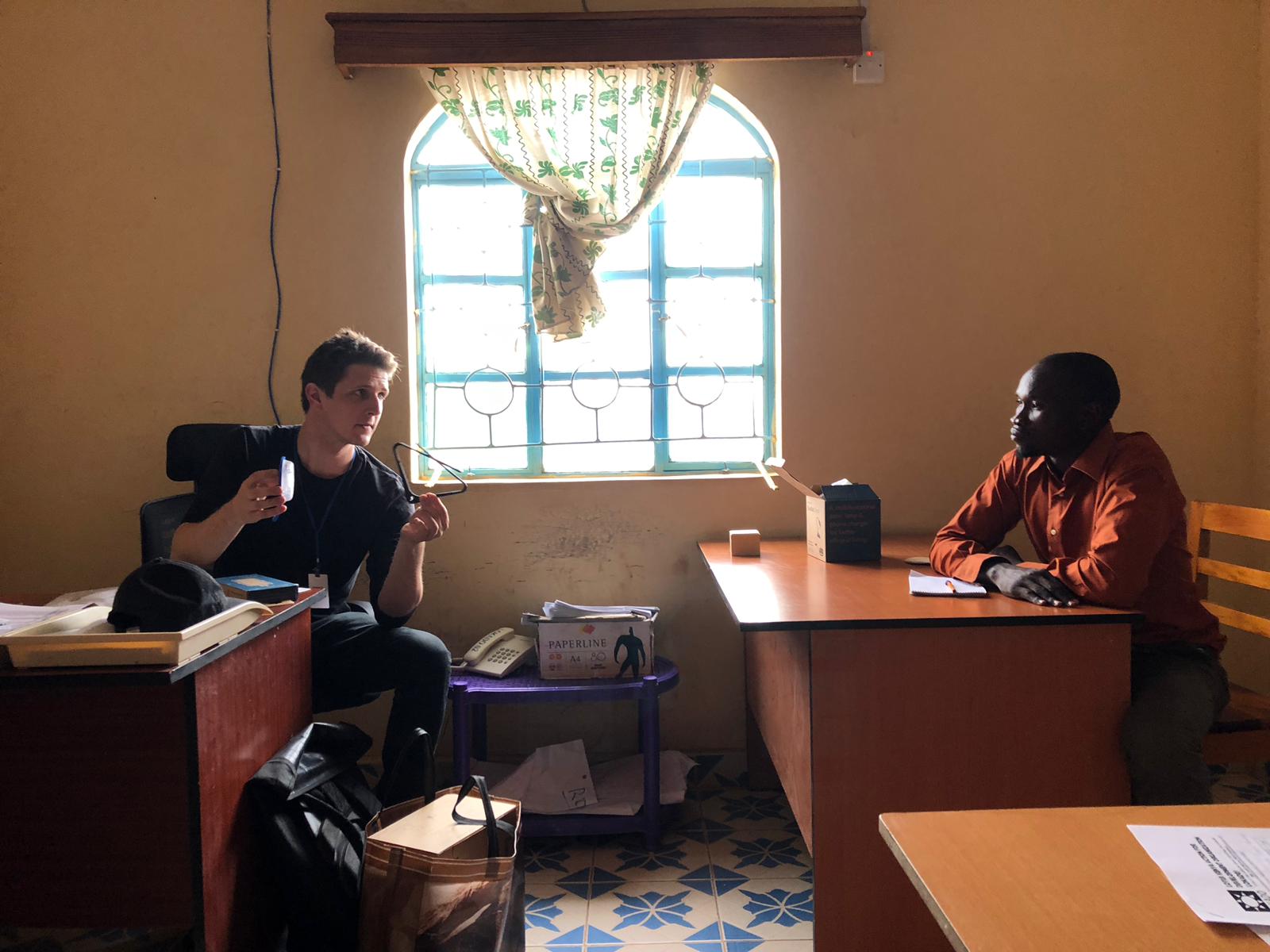 Mathilde and Olivier from Team BRIGHT traveled to Kakuma to talk to inhabitants in the camp and ask them how and when they used our solar lamp SunBell. They arranged big group sessions as well as one on one interviews in order to get statistics on how SunBell has been used since 2016. 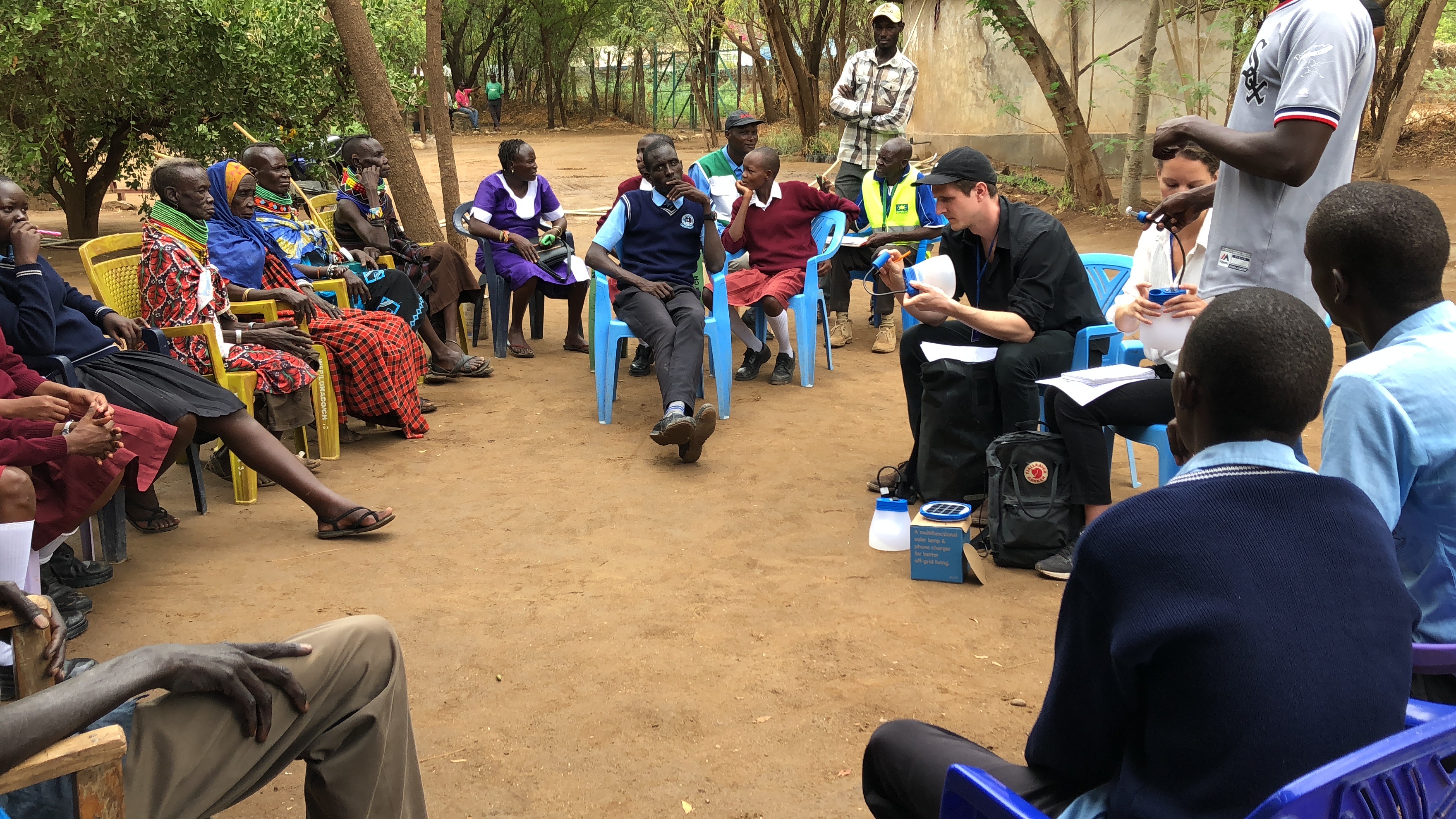 Kakuma Refugee Camp was established in 1992 and by end November 2018 there were 186,692 registered refugees and asylum-seekers in the camp. It is located in north western Kenya close to the border to Uganda and South-Sudan.

During our stay we visited the Morneau Sheppel Girls Secondary School in Kakuma, which is a boarding school with 350 students. Every student got a SunBell solar lamp in order to study more with the assistance of light in the evenings. The students got the SunBells approximately two years ago, before this they were using cheap torches run on disposable batteries from the local market.

The students often share the light from the solar lamps and use it mainly to: 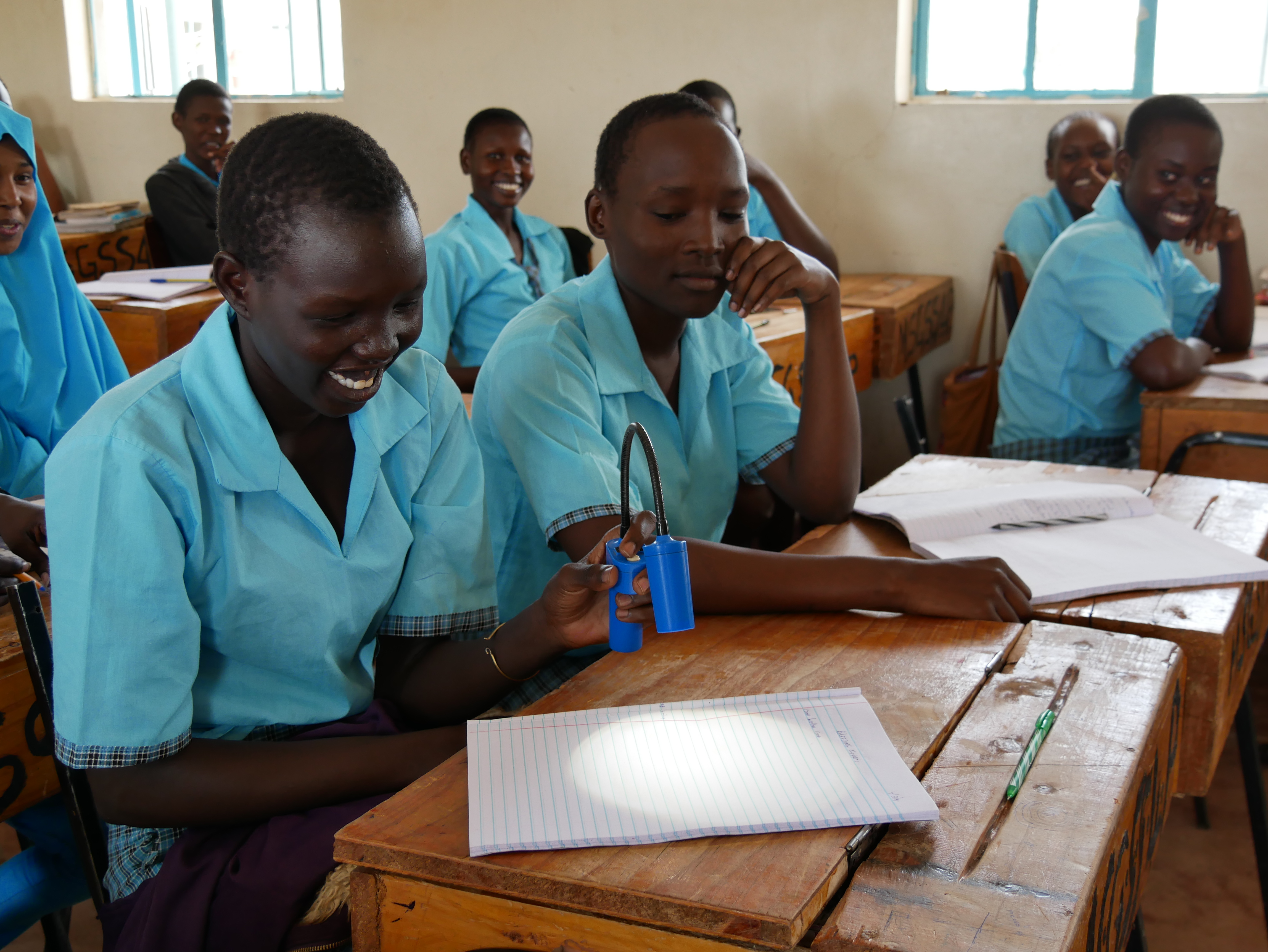 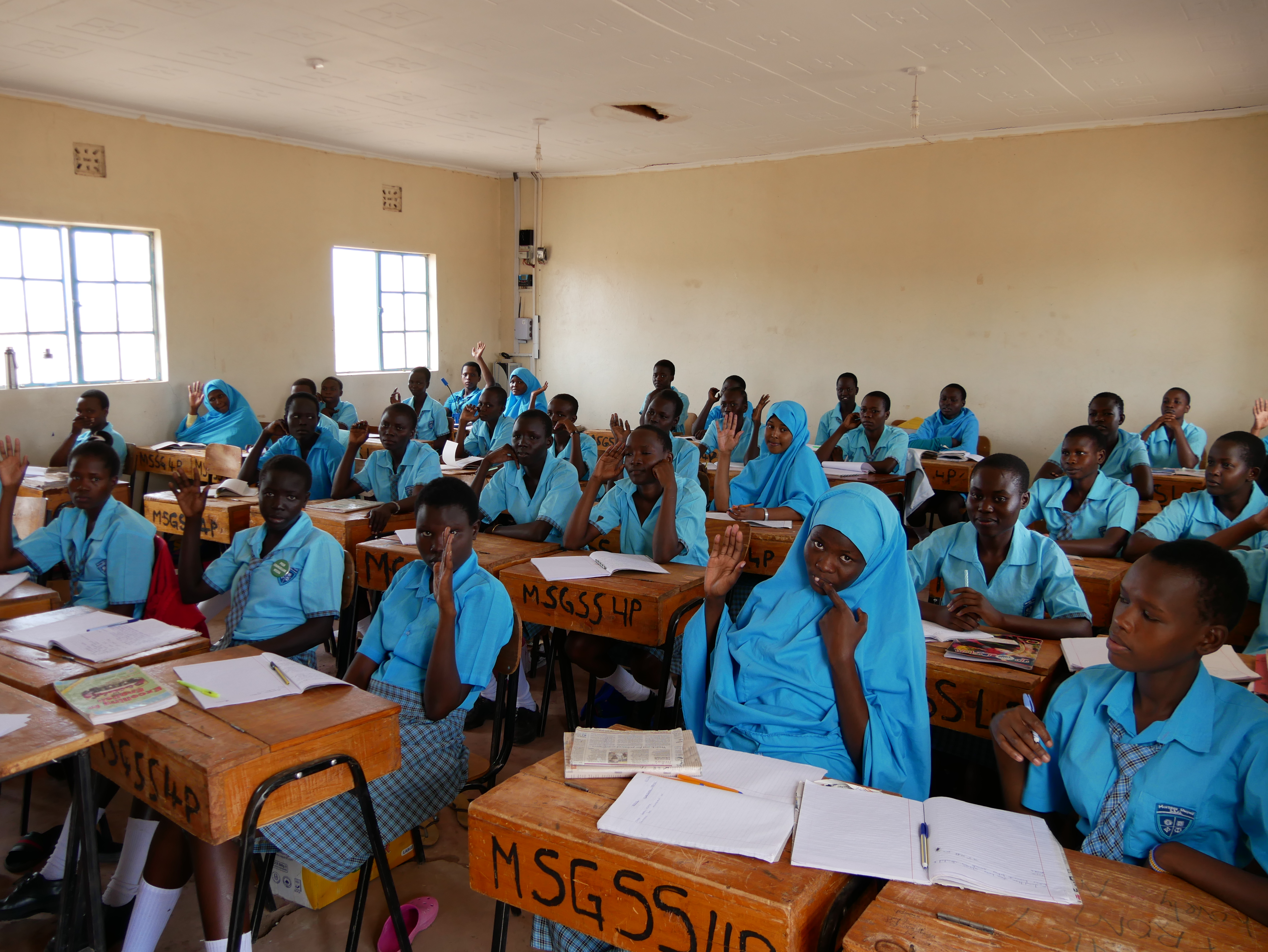 In Kakuma we interviewed families that has used the SunBell solar lamp over the last years. 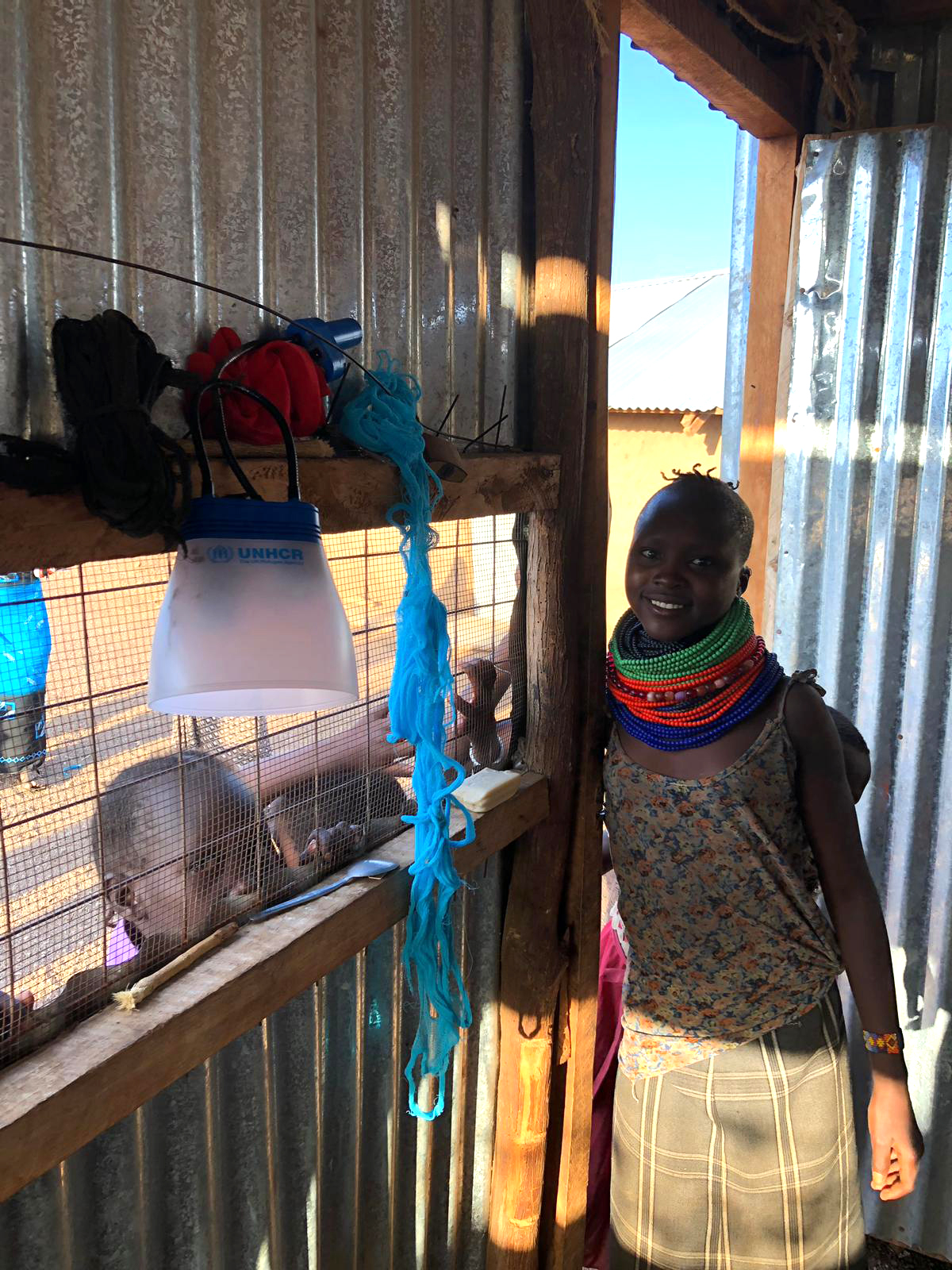 Many of the families mention looking for dangerous animals such as snakes and scorpions as important tasks performed with the solar lamps. Previously they have used torches with disposable batteries as their main light source before receiving the SunBell solar lamp.

Trips such as the one to Kakuma Refugee Camp are important in order to collect relevant user data and habits. Team BRIGHT regurlarly travel the globe to conduct field testing and interviews to continue achieving a high product quality and to be able to alter new products in the future.